Sports Performance & Supplements (Part 1), What should you really take?

To Read About Blog Topic, Scroll Down

If you are a doctor or clinician looking to make a bigger impact on the world, have more job satisfaction and have up-to-date protocols and treatment solutions for your patients, check out our free functional medicine training led by functional medicine expert, Dr. Miles Nichols below.

Get Your Free Training Here

BOOK A CALL To Learn More

Sports Performance & Supplements (Part 1), What should you really take?

As a side note, we do need to mention that supplements are not a substitute for a well-balanced diet. Interactions between supplements and any medications you are on can occur, so it is best to check with your Functional Medicine (FM) practitioner. It is important to buy high quality supplements as there are many poor-quality products in the retail market. Your FM practitioner can provide guidance about which are the best quality supplements.

What do the professional athletes take?

We will discuss the merits of each of the mitochondrial supplements in detail below. But first we look at what professional athletes take. It is interesting to see what the real professionals are doing in terms of supplementation. It is clear from research that a larger proportion of athletes than the general U.S. population takes dietary supplements and that elite professional athletes use supplements more often than their non-elite counterparts (National Institutes of Health, 2019). Of course, a nutritionally adequate diet and sufficient hydration are critical for performance. You can read our introductory overview of sports nutrition here.

A small random sample of 66 professional athletes from a variety of sports found that 85% of athletes surveyed took amino acids, 85% took supplemental protein, 82% magnesium and 73% creatine (Petkova E, 2018). Other commonly taken supplements were tribulus (to boost testosterone), a multivitamin, isotonic beverages (for electrolytes), caffeine and a blended product for joints support (Petkova E, 2018).

Research shows that supplements, such as alpha-lipoic acid, L-carnitine, coenzyme Q10 and others in combination can naturally restore mitochondrial function (Nicolson, 2014).

ALA is found in small amount in most foods. The best food sources are organ meats such as kidney, heart and liver, potatoes, spinach and broccoli.

Carnitine is important for ATP energy production. It transports long-chain fatty acids into the mitochondria so they can be used for ATP production to produce energy (Nicolson, 2014). L-carnitine supplements can improve physical performance (Nicolson, 2014). One study found that both lung function and aerobic exercise performance during intense exercise improved significantly after 8 weeks of carnitine supplementation compared with placebo (National Institutes of Health, 2020). It can improve strength and VO2max (a measure of the aerobic endurance of an athlete) in elite athletes (Drăgan GI, 1987). In one study where athletes took 4g of carnitine per day for 2 weeks, VO2max increased by 6% (Marconi C, 1985). This is probably due to better utilization of fat for ATP production (Marconi C, 1985). In another study, 2g carnitine for 2 weeks showed less muscle damage in athletes (Parandak K, 2014). Conversely, a carnitine deficiency is associated with reduced mitochondrial function (Nicolson, 2014).

Carnitine is found in red meat, chicken, fish and dairy products or in supplement form.

CoQ10 is a strong antioxidant involved in producing ATP. Increasing CoQ10 in people with low levels leads to increased energy production and less fatigue (Nicolson, 2014). It results in improvements in exercise capacity and in mean exercise times (Nicolson, 2014). In one particular study, participants on CoQ10 were able to achieve higher work/exercise outputs, had less fatigue and a shorter recovery period compared to the placebo group (Nicolson, 2014). CoQ10, in the more bioavailable form called Ubiquinol, at 300mg per day for 6 weeks, can significantly increase peak power output in well-trained athletes (Alf D, 2013).

The main food sources of CoQ10 are oily fish, such as wild salmon and tuna, organ meats (especially liver) and whole grains.

NAC is an antioxidant shown to increase glutathione and reduce fatigue during prolonged exercise (Medved I, 2004). It decreases fatigue by improving potassium regulation (McKenna MJ, 2006). In one study, NAC improved cycling and sprint performance when taken at 1,200mg per day for 10 days (Slattery KM, 2014). In another study, NAC in well trained individuals increased glutathione and substantially enhanced performance during prolonged exercise (McKenna MJ, 2006).

NAC is the supplement form of cysteine, an amino acid. There are no foods with NAC but you can eat foods with cysteine. Cysteine is found in most high-protein foods, such as chicken, turkey, beef, eggs, cheese, sunflower seeds and legumes.

It is a good idea to take a multi-vitamin/ mineral to cover the basics and get enough antioxidants, such as C, E and get the full B complex. These are all involved in ATP energy creation, as well as many other processes in the body.

A general whole foods diet with plenty of vegetables, fruit, protein, fats and variety will provide vitamins and minerals. However, a multi vitamin/ mineral supplement can help cover any deficiencies or lapses in diet.

That being said, we usually don’t recommend standard multi vitamins. They usually have ingredients that might harm mitochondria in the long-run. While the jury is still out, there is some concern that synthetic antioxidants like vitamin E may stunt the mitochondrial antioxidant production. This can make the mitochondria more “lazy” or less active.

Most multivitamins have vitamin E in fairly high doses. Instead of a multi-vitamin, we typically recommend a high-quality B complex with methylated forms of folate and B12 plus a multi-mineral with trace and major minerals. In some cases, adding vitamin C may be beneficial. It might have a similar effect on dampening antioxidant production as vitamin E does, especially if taken right after exercise. However, away from exercise, C and E can have many benefits that often outweigh the potential impact of reduced antioxidant production by mitochondria. The healthy stress of exercise (the hermetic response) ideally does not require external antioxidants like vitamins E or C right afterwards. Vitamin E is fat-soluble and might build up and cause a reduced positive stress response despite timing. Vitamin C is water-soluble and has a shorter active time in the body. When timed away from exercise, it may reduce any potential for stunting antioxidant activity from mitochondria.

We have a combo of two formulas we use regularly in our office: Bee’s Knees Vitamin B’s and Max Minerals. This provides the benefits of a multivitamin without the negative mitochondrial impact. We usually add Cod Liver Oil, liver in the diet or a liver supplement for Vitamin A. We also measure vitamin D levels in the blood to determine if supplemental D would be helpful. We may recommend vitamin C in many cases, but away from exercise.

Creatine is found in muscle cells and is a raw material for producing ATP. Creatine can prevent ATP depletion, stimulate protein synthesis or reduce protein degradation (Persky AM, 2001). It can help by increasing muscle power, reducing fatigue in repeated bout activities and increasing muscle mass (Persky AM, 2001). After creatine loading, performance of high intensity and/or repetitive exercise is generally increased by 10–20% (Kreider, 2003). It is also useful for athletes who need to sprint intermittently and recover during competition (as in American football, soccer, basketball, tennis, etc.). Creatine can also help recovery from intense training by enhancing glycogen loading and reducing inflammation (Kreider RB, 2017). Creatine may also reduce muscle damage (Kreider RB, 2017).

Benefits have been reported in men and women, although the majority of studies are on men and some studies suggest that women may not see as much gain in strength and/or muscle mass from creatine (Kreider RB, 2017).

Side effects from creatine include weight gain and short-term fluid retention (Kreider RB, 2017). Anecdotal evidence suggests that weight gain and bloating can be uncomfortable and even off–putting for some people. These side effects may actually worsen performance in endurance sports. Strength and short-distance athletes may benefit more from creatine, given the increased strength and increased muscle mass.

Creatine is found in animal products, such as meat and fish.

Do stimulants like caffeine increase effectiveness of mitochondrial supplementation?

Conclusion: What should you really take?

We recommend a combination mitochondrial support supplement, containing, at a minimum, antioxidants, carnitine, CoQ10 and ALA. This helps with general energy levels and ATP creation, longevity and energy for sports. If you are serious about sports performance, even recreationally, then try experimenting with creatine to see if it works for you. Also stay tuned with us as next week, we will cover supplements which specifically target sports performance, recovery and muscle synthesis.

** Please stay tuned for next week’s article on Sports Nutrition **

Access Our Functional Medicine Training for only $1 for your first month! Check it out and stay if you like. Leave if you don't!

Are You A Clinician Who...

Are You a Suffering from Chronic Illness?

We specialize in finding answers and solutions for complicated chronic illness when people feel like they have tried everything. If this sounds like you, book a free call with us to see if we are the right fit for your health goals.

SCHEDULE A Call With Our Clinic Here

Dr. Miles Nichols has spoken for the following organizations: 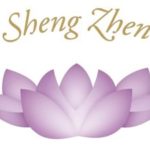 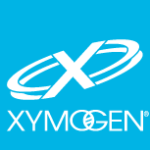 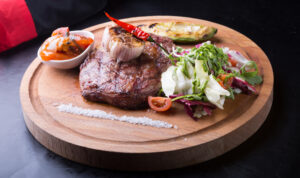 Alpha Gal Syndrome – Why Is Red Meat Making Me Sick?

Alpha Gal Syndrome Today’s article outlines a condition that is thought to affect, conservatively, 3% of the US population. However, there may be many undiagnosed 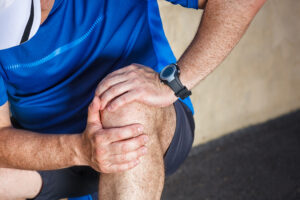 Can Lyme Disease Cause Joint Pain? In this blog, we will look at Lyme Disease and joint pain. You will learn: How & why Lyme 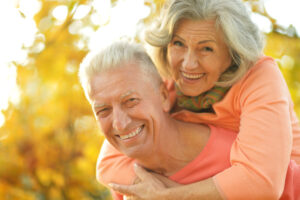 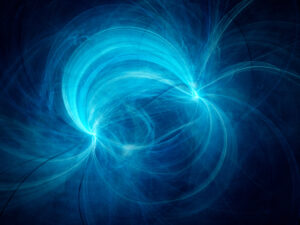 In this blog, we will look at PEMF. You will learn: What Pulsed Electromagnetic Field Therapy or PEMF Therapy is How PEMF can help you 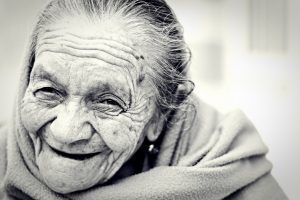 ** Please note: If you want the short summary version of this article, then please click here ** Aging Aging is a natural and progressive process. 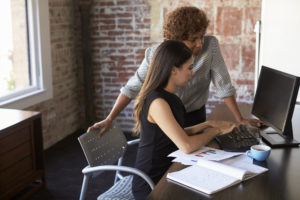 What makes for the best functional medicine training program really depends upon what you are looking for. Just like anything, all programs have their strengths 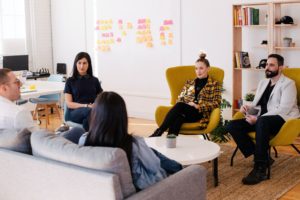 Interested in a Functional Medicine Fellowship? Functional medicine fellowships are available on a limited basis through an application process to students who have completed any 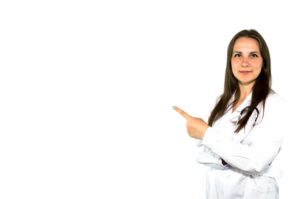 Most of the nurses that join our program share that they got into nursing due to a serious desire to help people. They are giving,